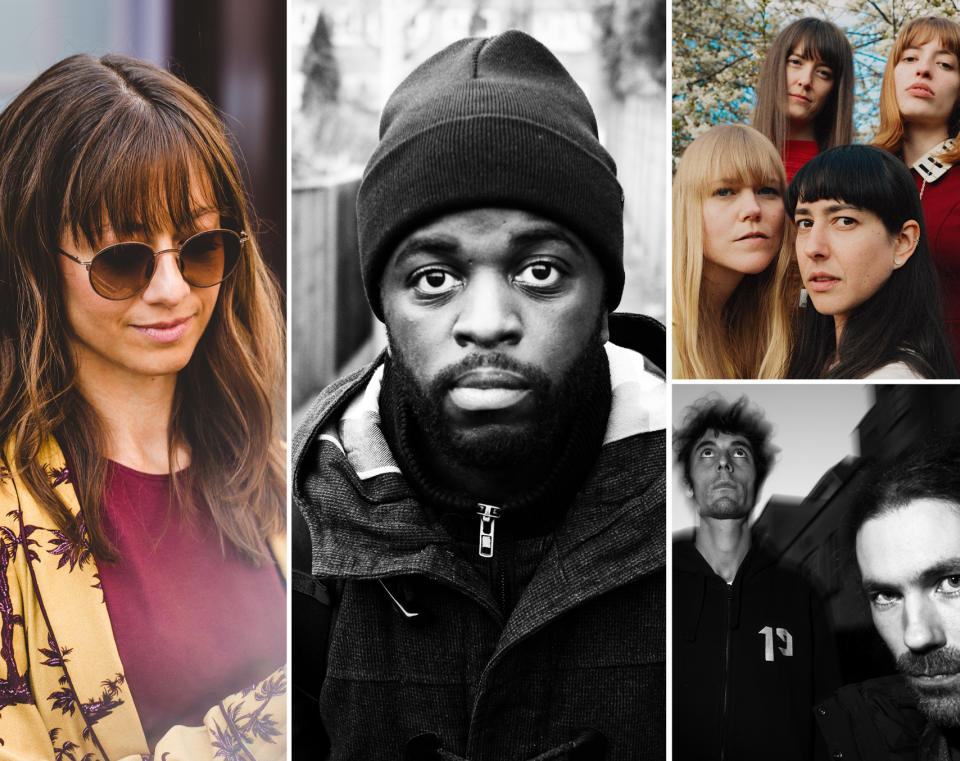 With Antiphon (2017), Structuralism (2019) and Bring Backs (2021), released earlier this year, Alfa Mist's moody, spontaneous and inimitable style easily made the crossover to a broad and young audience. His millions of streams on YouTube and Spotify prove the potential of jazz beyond the classical audience. Top talent of a generation!

Yazz Ahmed is an example of a highly original musical voice from the flourishing British jazz scene. The British/Bahrainian trumpeter mixes elements from Arabic music, electronics and jazz into an intoxicating, sometimes almost psychedelic whole.

Psychedelic Cumbia of the highest quality

With fans like Khruangbin and King Gizzard and support shows for the likes of Mac Demarco, Kikagaku Moyo and Ty Segall, Los Bitchos are well on their way to becoming the new hype in guitar land. Their infectious mix of psychedelic cumbia surf rock and vintage funk drips with fun and is tailor-made for the dance floor. Frozen margaritas for everyone!

Black Flower chief Nathan Daems does a one-two punch with Echoes of Zoo colleague Falk Schrauwen. While playing, the duo created what they themselves refer to as Fictional Tribe music (from space). In their own words, they did this by tearing around the past and landing in the future to discover a progressive, warm, acoustic-electronic deformation.